Hello fellow bookworms and book bloggers! Happy New Year! By the way, here's the link of my book blog: thebookishailurophile.weebly.com!

The Cannibal's Daughter: a novel by Mitchell Nelson Caroline Gillespie is not famous. She’s a nobody. And that’s the way she likes it. Her father, on the other hand — Hank Keeling, the serial killer and occasional cannibal better known as the Pork Chop Killer — has just gone viral. Thanks to a prison guard’s error, a cell phone video of Keeling’s botched execution is quickly becoming an internet sensation.

After watching her father die in all his pixelated glory, Caroline is taken off-guard when Keeling himself shows up at her front door, looking very much not dead. And he has a plan. A plan involving Caroline. A plan Caroline is going to take part in whether she wants to or not. Success means wealth beyond her dreams. Failure means death.

Soon Caroline is whisked away from her bland life to face down killers, gangsters and a well-meaning cop in a hunt for long-lost fortune. Deceit, avarice and unrelenting violence collide in a coming-of-age story like none you’ve ever read.

The title caught my interest while browsing eBook Stage deals and with the interesting synopsis, I downloaded this read for free on Amazon.

Caroline's father was Keeling the Cannibal who was sentenced to death but after his execution video went viral, he showed up to Caroline to ask for her help. Together they need to uncover the clues to locate the hidden million dollars. As she try to help Keeling find the money, the more danger she was in..... the detective she trusted, a gang called Trinities and even from Keeling.

The characters, and the plot were interesting and intriguing. A suspense read full with lies, secrets, deceit and conspiracy. As I got deeper into the story and as more revelation has been revealed, I was kept thinking if the characters were really who they are.

The ending wasn't what I expected tho. With the truths revealed, I was expecting Caroline would do something to clear the name of her father and there was no explanation of the significance of the silver dollar.

A recommended read especially for those into suspense genre. Mitchell Nelson lives in Oklahoma. When he's not writing, he spends his days playing music, drinking coffee, and looking for new stories. He is currently working on his next novel and a short story collection.

The Locket by Laurie W.J.N. It has been said that every locket has a story to tell. In these stories a very special locket shares the history of a group of women through five generations. The locket weaves itself through each story as a beautiful and personal memento of love and devotion, from one generation to the next.
ADD TO GOODREADS
MY REVIEW
** I received a free e-copy of this book from the author but this has not affected my review in any way. **

This is a collection of interesting short stories that started from a mother's prayer that has been answered through a locket, to how the locket has meant so much to the next generations of women in her family.

A quick read about family, struggles in life and hope. I love how the author connected the unique stories and how the locket has been the symbol of hope in the stories.

Though I find the last one less interesting because I wish it was more realistic like the first four stories, I was still left wanting more from each story. Laurie W-J-N is a self-described writer, dreamer and child at heat. Her unique insights on emotions and behavior come from her many roles as a wife, mother, sister and former recreational therapist and middle school teacher. Laurie wrote her first book in 2001 and she is currently working on a new novel. Laurie lives in Arizona with her incomparable husband and three unruly dogs. You can follow her daily life and struggles as an emerging author on her blog.

Just Right! A Veteran's Life: A Snapshot of the Greatest Generation Through the Life of Master Sergeant Albert M. Fernandez U.S.A.F. by Bob Richardson Albert M. Fernandez Master Sergeant U.S.A.F. served in World War II, landing on the beaches of Normandy on D Plus 6. This book is the story of one man's life that demonstrates how and why his generation became known as "The Greatest Generation.

With a short History of Tampa, Florida and World War II as well as the United States Air Force and the Air Force Reserves generations to come can discover the secret of living the American Dream.

**I received a free e-copy of this book from the author but this has not affected my review or rating in any way.**

This is the story of Master Sergeant Albert M. Fernandez U.S.A.F, his good life with his family in Tampa Florida until the depression hit, how he became one of the boys in the 40's who were forged by war into men, his journey in serving his country, his life after the war and why his generation is known as The Greatest Generation.

A 20 yr.old boy who did what he was called to for his love of his country.....He and the other boys who turned into a fighting machine in the war who had to leave their homes and family knowing that they might not make it back home alive. This is a great read that would make readers remember and appreciate more the service men in The Greatest Generation.

This is a short biography with short history of World War II, United States Air Force, and Air Force Reserves.

This read reminded me of my late grandpa whom I used to ask a lot about wars in his generation.

A recommended read.
AVAILABLE ON AMAZON
ABOUT THE AUTHOR Bob Richardson is the Senior Pastor at Interbay Community Open Bible Church in Tampa Florida. He is an Author, Inspirational Speaker and Entertainer. Bob has been an international entertainer for over 25 years traveling around the world doing stage, TV and radio appearances.

Bob Richardson attended The State University of New York at Oswego for Broadcasting and Graduated from Florida Beacon with a Bachelor of Biblical Theology. Bob was a specialist in the Military Intelligence Corps and Has Written hundreds of articles on living life to its fullest.

Bob Richardson is available for interviews and booking speaking engagements. You can contact him through his website at: pastorbobrichardson.com
war Veterans review biography non fiction world war 2
Source: http://thebookishailurophile.weebly.com/book-reviews/just-right-a-veterans-life-a-snapshot-of-the-greatest-generation-through-the-life-of-master-sergeant-albert-m-fernandez-usaf-by-bob-richardson
Tweet

The Messengers by Anthony Greer What do the dead have to fear? A medium combines his ethereal gifts with an ambitious reporter’s investigative zeal to uncover the truth obscured by a string of unlikely suicides.

Robert Baselton has grown accustomed to seeing the dead as they wander between worlds. However, when the spirits of a girl and an old woman become a regular presence in his everyday life, Robert has a suspicion that there’s a link between them and the utterances of murder that the Messenger of Death whispers in his ear. Every time the Messenger appears, another presence is soon to follow.

As Robert delves deeper into the lives of the deceased, Alexis Kearns, his girlfriend’s older sister, witnesses James Hawthorne plummet to his death in the middle of downtown Seattle. Armed with nothing but a smartphone and her knack for acting well under pressure, she is the first to cover this widely-publicized story.

Impressed with Alexis’ coverage and integrity, Hawthorne’s mother reveals to Alexis that her son could communicate with the dead and insists that he is just one of several mediums to have allegedly committed suicide in the past month. Alexis is intrigued with the pattern of unlikely deaths and follows up on Mrs. Hawthorne’s concern when she finds a connection between the medium suicides and Robert’s increasingly erratic behavior. Concerned for her sister, Alexis unknowingly aids Robert in trying to uncover what really happened to the mediums that have died, and discovers that both the dead and the living should be afraid of who—or what—is responsible.

*I received a free ecopy of this book from the author but this has not affected my review in any way.*

This book falls into my favorite genre but I didn't have any expectations. Well, I loved this from beginning to the end. I loved how the characters end up helping each other in uncovering the truth behind the deaths of the mediums, how they were connected and how it all started. This is not just a typical paranormal mystery story. The well-written and interesting characters, plot, revelations and unexpected turn of events and the mystery in the story will definitely keep the reader in turning the pages.

This is the first book of the series so there were questions left unanswered that the second book might have the answers.

A highly recommended read especially for those into paranormal genre. 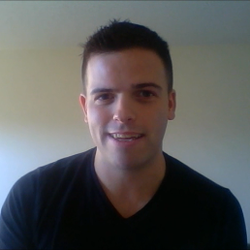 A highly recommended read especially for those into paranormal/ mystery genre.